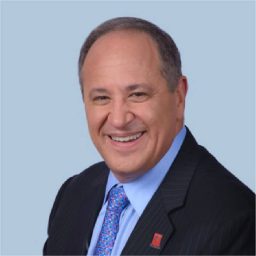 Dr. Stolovitzky was honored by his colleagued with the Excellence in Teaching Award in 2009 and the 2013 Lifetime Achievement Award by the Georgia Society of Otolaryngology-HNS for his contributions to the specialty. He received American Academy of Otolaryngology-HNS Distinguished Honor Award and the Board of Governors Chair Award. He was named “Best Doctors in America” and received  “America’s Top Doctors Award”.

He is a nationally and internationally recognized speaker on nasal, sinus and allergy conditions. His most recent research and publications have been focused on balloon treatment of chronic sinusitis and Eustachian tube dysfunction, steroid-eluting stents in sinus surgery and biodegradable implants for the treatment of nasal airway obstruction due to lateral wall insufficiency.

Dr. Stolovitzky, a Fellow of the American academy of Otolaryngology – HNS and the American Rhinologic Society, is accepting new patients with nasal and sinus problems and allergies. He welcomes most major insurance plans. Dr. Stolovitzky sees patients in the St. Joseph’s, Decatur and Snellville offices of ENT of Georgia.

For a medical emergency, please call 911.

To Schedule an Appointment: